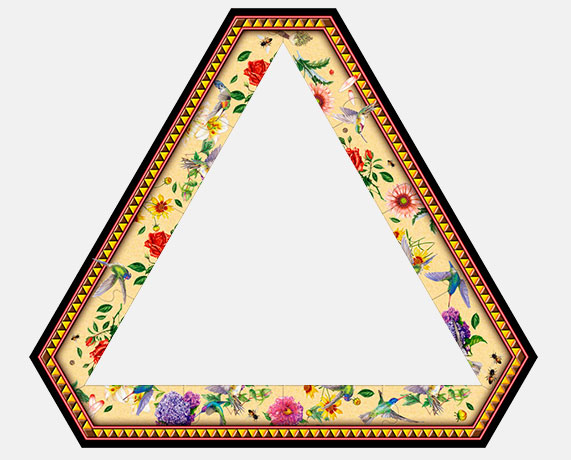 “My nine-year old son Henry and I were given a Triazzle puzzle as a present and we were instantly hooked as soon as we took it out of the box. As we were attempting to solve it, others came by and joined the fun. The puzzle is like a sudoku, but with beautiful images instead of numbers. It was a great way to spend a rainy afternoon without screens and work out one's mental muscles without it being at all "mathy." My son tried various ways to solve the puzzle and was fully engaged for more than an hour. We discussed strategy and worked off each other's ideas until finally...in an act of inspiration, tore it all up, started again and solved it. It is an extremely rewarding and fun game and subversively educational, but don't tell your kids that. We have already given several Triazzles out to Henry's friends and plan to have a Triazzle marathon on the next rainy day!” ... Read more